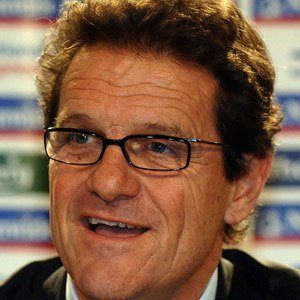 He began his professional soccer career with the Societa Polisportiva Ars et Labor (A.K.A. SPAL) in 1964.

He raised two sons named Edoardo and Pier with Laura Ghisi, whom he married in 1969.

He coached David Beckham for a season on Real Madrid.

Fabio Capello Is A Member Of