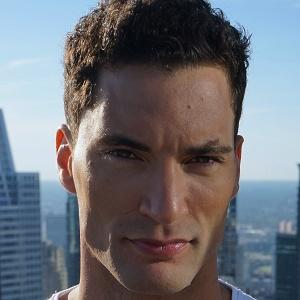 Member of the Joffrey Ballet in Chicago who became a lead dancer with the company through his principal role as Apollo. He has danced several times for television and was interviewed extensively for the documentary Joffrey: Mavericks of American Dance. He was also a guest judge on the hit FOX television show So You Think You Can Dance.

He began ballet training at the age of three. When he was eleven, he entered the prestigious, 300-year-old Paris Opera Ballet School, under the direction of Claude Bessy, and while there, he performed at the Opera Palais Garnier Theatre.

He set a Guinness World Record for Tallest Ballet Dancer in the World at 6'6".

He was born in Colombes, France. He returned to France following September 11, 2001 as he was unable to acquire his visa. He would return to the states and settle in Chicago.

He was coached by Sir Anthony Dowell for the title role of Oberon in Ashton's A Midsummer Night's Dream. In the fall of 2009, he performed the title role in the Joffrey Ballet's premiere of Lar Lubovitch's Othello.

Fabrice Camels Is A Member Of