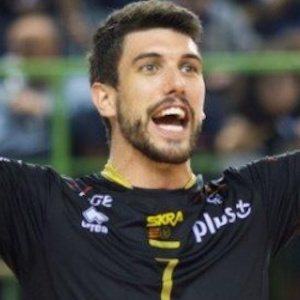 Outside hitter known for being a prominent member of Argentina's national volleyball team. He competed at the 2012 Olympics and won a gold medal at the 2015 Pan American games.

He started playing with Rosario Sonder in 2005 and made his first appearance with the senior national team in 2008.

He was born to Sonia Escher and Hugo Conte and has two sisters. His father won a bronze medal for Argentina in volleyball in 1988.

He and Mariusz Wlazly have played together on PGE Skra Belchatow.

Facundo Conte Is A Member Of