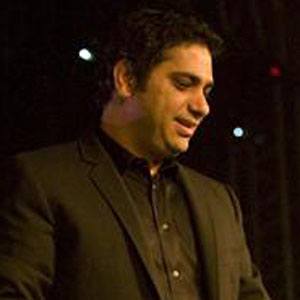 Lebanese singer who came into the public eye with albums like 1999's Baya'a El Qolob. He later gave up music for religious reasons and has been wanted by authorities for his role in the murder of several Lebanese Army soldiers since 2013.

He grew up in a refugee camp in Lebanon called Ain al-Hilweh and was first discovered by an agent in 1997.

Lebanese militants burned down his villa in Saida after he went into hiding in 2013.

He was previously married to a Palestinian woman named Nadia, with whom he had three children.

He once asked Palestine President Mahmoud Abbas for Palestinian citizenship.

Fadl Shaker Is A Member Of