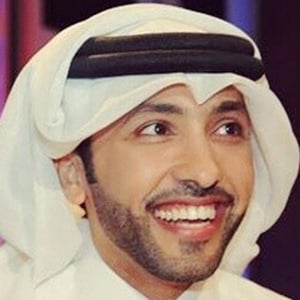 Singer and producer who became a star in the world of Khaliji music with albums like Layesh (2006), Tejy Neshaq (2012) and Anta Eshq (2017). He has composed music for the soundtracks to such films as the Qatari war film Black Gold (2011).

He started his career as an Islamic singer when he was still in high school. He earned a Bachelor's degree in physical education and sports science from Qatar University.

He filmed the music video for his single "Wbadin" by himself using a selfie stick.

He and Shayma Helali are both famous Khaliji singers.

Fahad Al-Kubaisi Is A Member Of