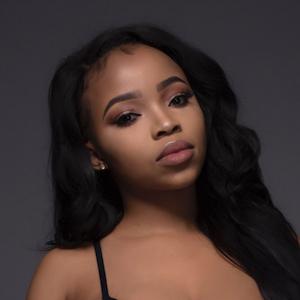 Dubbed the Queen of Twerk, she is a social media maven and South African model whose style and sultry selfies have earned her more than 2.6 million Instagram fans. She was also recognized as a member of the female dance crew Pro-Twerkers.

She studied at the University of South Africa.

After leaving the group Pro-Twerkers, she became a popular event host at nightclubs around South Africa.

In July 2016, she posted a photo of her mother to Instagram giving her a makeover.

She appeared in the music video for Cassper Nyovest's "Tito Mboweni."

Faith Nketsi Is A Member Of