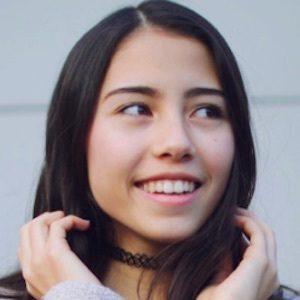 YouTube lifestyle vlogger who is known for her Faithincuteness channel. She has garnered popularity for her vlog entries concerning topics related to her own life, including study tips, daily routines, and DIY project tutorials.

She has amassed more than 470,000 subscribers to her YouTube channel since its beginning. One of her most popular videos, "Stay Organized after School ✐ Tips and Life Hacks," has earned more than 625,000 total views.

She was born and raised in Switzerland. She has a sister named Nae.

She and fellow YouTuber Eva Gutowski are both known for their lifestyle vlog entries.

Faithincuteness Is A Member Of