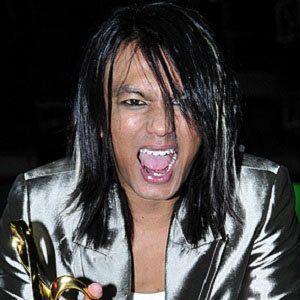 Award winning Malaysian rock singer who rose to fame when he placed 2nd on the reality singing show One in a Million. Tahir is known for his wild stage performances, which have gotten him into trouble.

His time on One in a Million saw him singing songs by the likes of U2, Ashlee Simpson, Stevie Wonder, and Jet, ending with an original song, "Mahakarya Cinta," which became one of his first singles. Competing on the show earned him the job of Brand Ambassador for DC Superheroes clothing line, as he was known to wear the symbol of his favorite superhero, Superman.

In 2008 he became wrapped in controversy when he took his shirt off during a live performance on Malaysia's 8TV. As a result he was forced to apologize and do community service.

He is the second oldest of seven children.

His first song on One in a Million was "Chariot" made famous by American pop singer Gavin DeGraw.

Faizal Tahir Is A Member Of