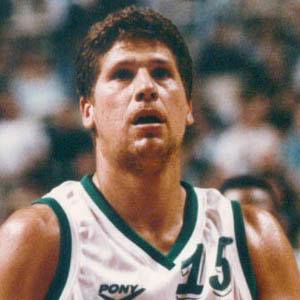 Former Greek forward who turned down an opportunity to play in the NBA in order to continue playing in his native land.

He began playing for Dafni before signing with Panionios in 1983, with whom he would play with until 1997.

He was a fourth round 1987 NBA Draft pick, 90th overall, by the Atlanta Hawks.

He was often called the European Charles Barkley during his career.

Fanis Christodoulou Is A Member Of