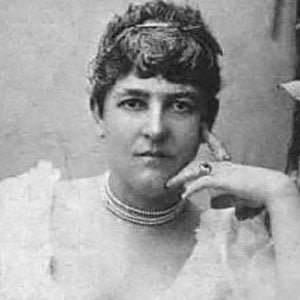 Wife of Robert Louis Stevenson who supported and inspired his work.

She was married to a cheating husband in California when Stevenson, after three years of saving up for a trip to see her, proposed to her.

20 years after her husband died she traveled the world with a male admirer.

Her husband, Robert Louis Stevenson, wrote some of his best works while waiting for her to respond to his proposal.

Like Mary Wollstonecraft Shelley, she inspired her husband's most beloved works.

Fanny Stevenson Is A Member Of