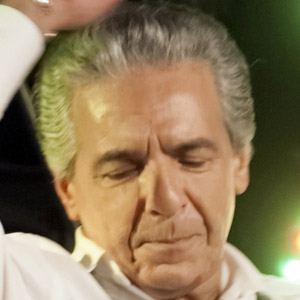 Known for such popular albums as Days of Song & Sorrow, The Third Line, and Hafez, a Memorandum, this popular Iranian rhythm guitarist, vocalist, and songwriter is perhaps most famous for his 1977 song "Age Ye' Rouz" (English title: "If One Day").

After studying journalism at the University of London, he returned to his native Iran and wrote for the Tehran Journal while beginning production on his debut, bestselling album, Del Mashghooli'ha.

In his 1978 album Hafez, A Memorandum, he set to music some of the most famous poems by the classical Persian poet Hafez.

Following Iran's 1979 National Revolution, he moved to the United Kingdom. He later settled in the United States with his daughters Roxana and Phaedra.

He collaborated with several other well-known Persian musicians on a 2003 album honoring the thirteenth-century poet and mystic Rumi. The album is titled Rumi (The Beloved is Here).

Faramarz Aslani Is A Member Of