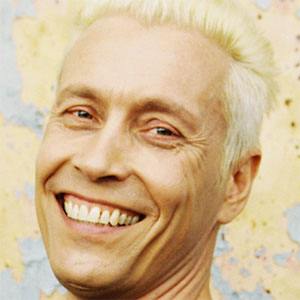 Punk rock singer and guitarist known for his work with the German band Die Ärzte. He later formed a solo act backed by musicians belonging to the "Farin Urlaub Racing Team."

He began studying guitar at the age of nine. In his late teens, he joined a band called Soilent Grün.

He briefly studied archaeology at the Free University of Berlin.

He and his sister Julia grew up in West Berlin, Germany as the children of civil servants.

He was greatly influenced by the work of guitarist and songwriter Frank Zappa.

Farin Urlaub Is A Member Of