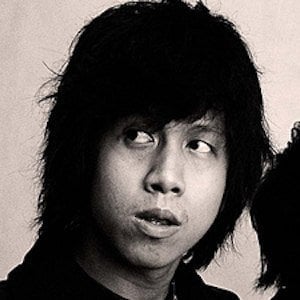 Bassist who is best known for his time as a member of the Malaysian punk rock band Bunkface. He joined the group as the bassist in 2006, and replaced the group's original bassist, who was in the group for their initial year.

He and his bandmates released their 2007 debut EP, Lesson of the Season, featuring 6 English-only tracks. He and the band earned their first #1 hit song, "Silly Lilly", from the EP, which peaked at #1 on Malaysia's Hitz.fm Top 10.

He and his bandmates have cited Billie Joe Armstrong's band Green Day as a major influence on their own style and sound.

Farouk Jafaar Is A Member Of