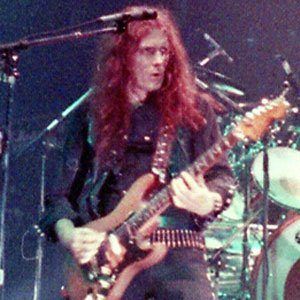 Former guitarist for the heavy metal bands Motorhead and Fastway. He was commonly known as "Fast" Eddie Clarke.

He worked odd jobs, including working on houseboats, before joining Motorhead.

He was frequently admitted to the hospital due to his many years living the rock 'n' roll lifestyle.

He was raised in London, England.

He was part of Motorhead with singer Lemmy Kilmister.

Eddie Clarke Is A Member Of