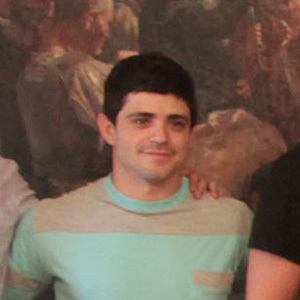 Argentine gymnast who is known for competing in several Olympic games as well as Pan American Championships representing the Argentina national team. He specializes in rings, the horizontal bar, parallel bars, and a variety of team based events as well.

After excelling in gymnastics from a young age, he made his debut as a participant on the Argentina national team in 2002 when he competed in the South American Games in Curitiba where he earned the bronze medal in the rings event.

He is known for having won multiple gold medals in the Rings category at the Pan American Championships including in 2012 in Medellin, in 2016 in Sucre, and in 2017 in Lima, Peru.

He was born and raised in Argentina and shared a photo with his two sons through Instagram in November of 2018.

Other gymnasts also known for having competed on the Argentine national team include Juli Tronchin and Alma Kuc.

Federico Molinari Is A Member Of