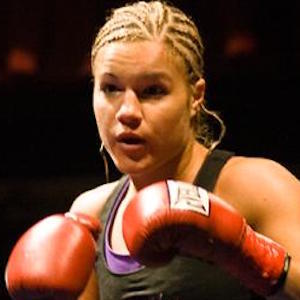 Strawweight mixed martial artist who was part of The Ultimate Fighter 20 competition, which decided the UFC's first strawweight champion. She made her official debut with the organization in December 2014 after finishing in the quarterfinal of TUF.

An accomplished kick boxer, she accumulated a 23-5 record as well as a US Muay Thai bantamweight title.

Her nickname is Lil' Bulldog. She's fought in Invicta FC and the World Combat League.

She grew up in Crystal Lake, Illinois.

She won her first UFC fight by submitting Lisa Ellis with an armbar.

Felice Herrig Is A Member Of