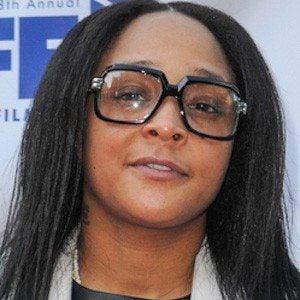 Actress most famous for her role as the character Snoop on the award-winning HBO drama series The Wire. Since appearing on the show, she has landed parts in films like Spike Lee's Chi-Raq as well as in music videos like Rick Ross' "The Boss" and ASAP Ferg's "Shabba." She also began starring on the reality series Love & Hip Hop.

She was born three months premature and was initially not expected to live. She spent much of her childhood in a foster home in East Baltimore. At age 14, she was convicted of second-degree murder and served six years in prison.

She has been a supporter of The Stay Strong Foundation and worked as an anti-violence educator for troubled youths.

Both of her parents had a history of drug abuse and served substantial prison time. She dated Love & Hip Hop: New York star J. Adrienne.

She landed the role of Snoop after a chance meeting with The Wire star Michael K. Williams at a Baltimore club.

Felicia Pearson Is A Member Of