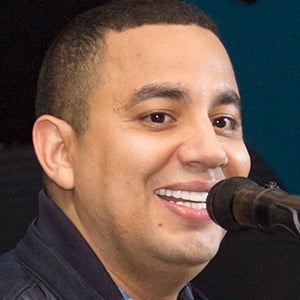 World music singer who won the Latin Grammy, in the Cumbia-Vallenato category for "Diferente" in 2013. He has over 1.7 million followers on his felipepelaez Instagram account.

He started playing piano and guitar with student groups growing up. He studied engineering in college in Bogotá before pursuing music full time.

He was nominated for Best Tropical Album at the Latin Grammy with the group Guaco for his album Present Continuously.

He married Laura Catalina Henao in 2011.

He was nominated for an Anglo Grammy with Gilberto Santa Rosa.

Felipe Peláez Is A Member Of