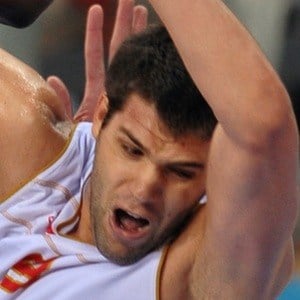 Power forward who joined Real Madrid in 2004. He won Gold at the FIBA World Cup in 2006 with the Spanish national team.

He married Kirenia Cabrera in 2009.

He and Sergio Rodriguez are both basketball players who have played for Real Madrid.

Felipe Reyes Is A Member Of