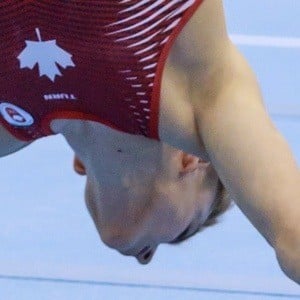 Canadian gymnast who is known for competing on the Canadian Jr. National Team. He specializes in both the Rings and the Floor events and is also known for being a TURN ambassador and IONIK influencer who promotes their products through his Instagram where he has over 10,000 followers.

He started training at a young age but made his competition debut in 2009. He earned recognition for having played on the Laval Excellence club and made his debut on the Jr. National Team in 2017. In 2018, he made his professional debut by competing in the Pacific Rim Championships.

He was born and raised in Saint-Eustache and shared a photo with his brother to Instagram in December of 2018.

Michael Jaroh is a fellow Canadian gymnast also known for specializing in the Rings events.

Felix Dolci Is A Member Of