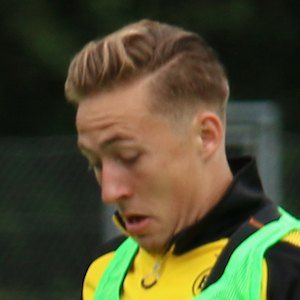 Professional soccer player who is recognized for playing the full-back position for the 1899 Hoffenheim. His popularity led to him amassing more than 190,000 followers on his passlackfelix Instagram account.

He made his professional debut with Borussia Dortmund of the German league Bundesliga.

He was chosen to be captain of Germany's team during the UEFA European Under-17 Championship.

Both he and Serge Gnabry played for TSG 1899 Hoffenheim.

Felix Passlack Is A Member Of