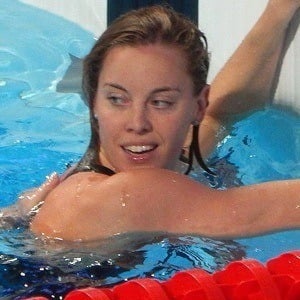 Competitive swimmer who specializes in the freestyle and backstroke events. She made her Olympic games debut at the 2008 Summer Olympics which took place in Beijing, China.

She is from the Netherlands.

During the 2012 Summer Olympics in London she swam alongside teammate Ranomi Kromowidjojo.

Femke Heemskerk Is A Member Of