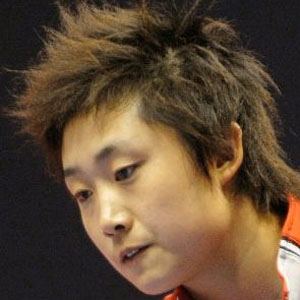 Table tennis player from Singapore who has been ranked in the top five in the world rankings during her illustrious career. She took home the silver medal as part of the Singaporean team at the 2008 Olympic Games in Beijing.

She made her international debut at the Volkswagen Korean Open in 2007.

She has dominated the ITTF World Tour, winning ten gold medals as a team and doubles player from 2008 through 2014.

Her father, Feng Qingzhi, died of multiple sclerosis in 2002.

Feng Tianwei Is A Member Of