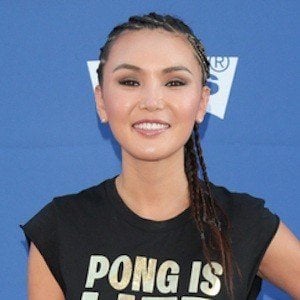 Former table tennis player who won the Korean National Junior Championship six times during her career. She has since transitioned to modeling and coaching, working with brands like Nike and appearing on shows like Keeping Up with the Kardashians.

She has personally coached many celebrities, including Jamie Foxx, John Stamos and Oliver Stone.

She appeared with Susan Sarandon on The Jay Leno Show to promote the table tennis club SPiN.

Soo Yeon Lee Is A Member Of