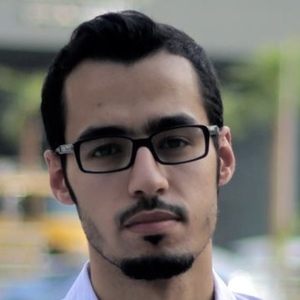 Political and educational YouTuber who worked with a group of filmmakers on a video series called "Malob Aleyna" ("We Are Being Cheated"). His goal was to highlight social inequalities and political issues overlooked by the Saudi government.

He attended Prince Sultan University. He began his "Malob Aleyna" series in 2011.

In 2011, he was arrested for an episode of his series where he exposed the poverty in Riyadh. He has a massive social media following, earning 1.5 million and 1.3 million followers on Instagram and Twitter, respectively.

He was born in Riyadh, Saudi Arabia.

Feras Bugnah Is A Member Of