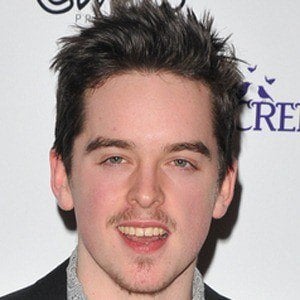 Irish actor best known for his award-winning role as Cosmo in the 2016 musical film Sing Street. His television debut came on the historical drama series Vikings.

He was born in Ashford, County Wicklow and began appearing on Irish television as a preteen.

He sings and plays guitar. He performed with Sing Street co-star Mark McKenna at the film's Sundance Film Festival screening. He also acted in the 2021 film CODA, playing the role of Miles.

His mother taught at the DIT Conservatory of Music and Drama. He has siblings named Tadgh, Oisin and Siofradh.

He appeared alongside actress Lucy Boynton in Sing Street.

Ferdia Walsh-Peelo Is A Member Of