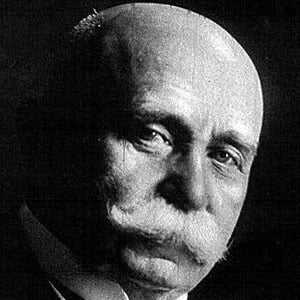 German entrepreneur and military veteran who founded the famed Zeppelin aircraft company. He was previously a general in the German army and served as an official observer for the Union Army during the U.S. Civil War.

He began attending military school at Ludwigsburg in 1855 and was promoted to Lieutenant in 1858.

The name of the British classic rock band Led Zeppelin was inspired by his aircraft.

He married Isabella Freiin von Wolff in August 1869. They had a daughter named Helene.

One of his employees was future Dornier GmbH founder Claudius Dornier.

Ferdinand Von Zeppelin Is A Member Of