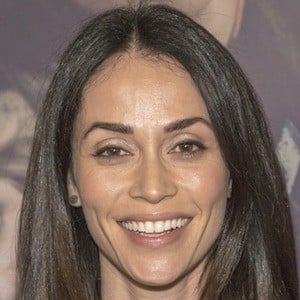 Brazilian actress who has appeared in many television series including Undercovers in 2010 and Law & Order: Los Angeles in 2011.

She started acting at age 16 and had a debut film role in For Love or Country: The Arturo Sandoval Story in 2000.

She also appeared in the 2001 television movie The Suitor.

She moved from Brazil to Miami, Florida with her family when she was 11 years old.

She co-starred with Andy Garcia in the 2000 television movie For Love or Country: The Arturo Sandoval Story.

Fernanda Andrade Is A Member Of