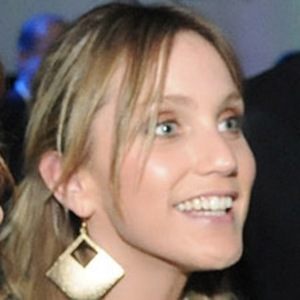 Journalist and television presenter who is best known for hosting a range of Chilean television shows including the 2009 series Live in the Morning on Channel 13 and the 2012 series Woman's Look on CNN Chile.

She studied at the Catholic University Andree English School where she earned her degree. Her career then began at the Via X cable channel where she premiered as a host on El Interruptor. She then began hosting the Chilean newscast Telediario and in 2008 she co hosted the program Good Morning to All on TVN.

In addition to her role as a journalist and reporter on television, she is also an actress who is known for appearing in a guest role in the 2012 film The Babysitter.

She was born and raised in Santiago, Chile.

She worked alongside Felipe Camiroaga in 2009 on the Channel 13 series Live in the Morning.

Fernanda Hansen Is A Member Of