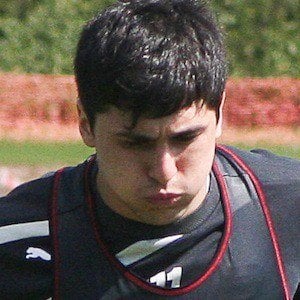 Professional soccer player known as a striker for the Sheffield Wednesday football club. He has also played extensively with Watford, Genoa, and Udinese and has been a member of the Italian under-21 international team.

He began playing soccer in 2003 with Newell's Old Boys until the age of thirteen when he was bought by the Boca Juniors. Then, at sixteen, after moving to Italy with his parents, he began his professional career with Genoa.

He has played on loan for a number of teams including Siena, Vicenza, Malaga, and Bari.

His parents are both Italian.

He has played alongside Sheffield Wednesday captain Glenn Loovens.

Fernando Forestieri Is A Member Of