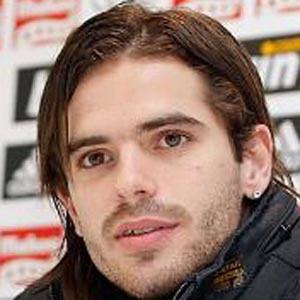 Defensive midfielder who played for Real Madrid from 2007 to 2011 and joined the Argentine national team in 2007.

He joined the Valencia football club in 2012 on a deal of close to 3.5 million Euros.

He married , a professional tennis player, in 2011.

He and Sergio Aguero both played on the Argentine national team that won gold at the 2008 Olympic Games.

Fernando Gago Is A Member Of