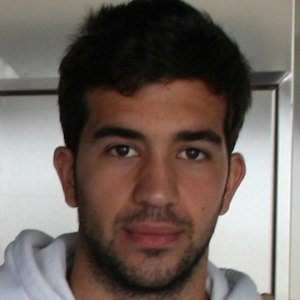 Spanish league goalkeeper who signed with Segunda Division side Deportivo Alaves in 2015 after making his through the professional ranks with Real Madrid. The Blancos thought highly enough of him, however, to include a buy-back clause in the contract.

He started playing his youth soccer for Obandino in 1998. He then spent time with Flecha Negra before joining Real Madrid in 2006.

He won the 2014 Club World Cup with Real Madrid, although he was on the roster as a reserve goaltender and didn't make any appearances. He's played for Spain's U19, U20, and U21 squads.

He grew up in Badajoz, Spain. His full name is Fernando Pacheco Flores.

He and Antonio Adan are both goalkeepers who came up with Real Madrid.

Fernando Pacheco Is A Member Of