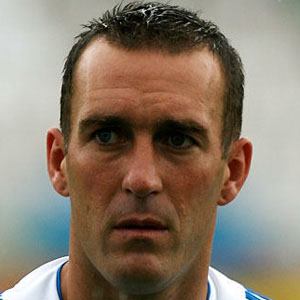 Right back and right midfielder who made his senior career debut in 1994 for Fortuna Sittard.

He got married early in his career, but divorced his wife before his playing days were over.

While playing for Rangers, he played with star Barry Ferguson.

Fernando Ricksen Is A Member Of