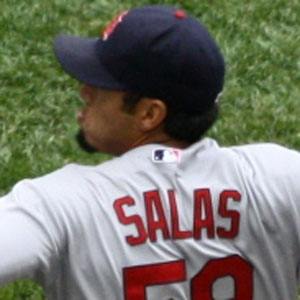 MLB relief pitcher who joined the St. Louis Cardinals in 2010; traded to the Los Angeles Angels in 2013.

He started pitching at the age of twenty for the Saltillo Saraperos in the Mexican League.

He was named a 2010 MLB.com Organization All-Star.

His first son Fernando was born in 2012.

He and Matt Holliday helped the St. Louis Cardinals win a World Series Championship in 2011.

Fernando Salas Is A Member Of