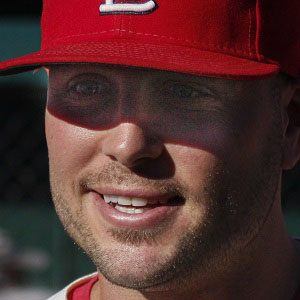 All-Star outfielder who helped lead the St. Louis Cardinals to a World Series Championship in 2011. He also led the Colorado Rockies to the World Series in 2007, where they were defeated by the Boston Red Sox.

He was recruited to play quarterback at Oklahoma State after a stellar high school football career at Stillwater High School, but instead chose to pursue a career with the Rockies.

He won the NL batting title and the NLCS MVP in 2007 with the Colorado Rockies.

He got married to Leslee Holliday in 2000, and the couple had three sons and a daughter together. His brother Josh and his father Tom have coached baseball collegiately.

In 2011, he and Albert Pujols defeated the Texas Rangers to win the World Series for the St. Louis Cardinals.

Matt Holliday Is A Member Of