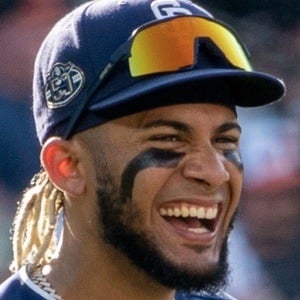 Professional baseball player who is recognized for having played the shortstop position for the San Diego Padres MLB team. He made his debut with the organization after being named on the Opening Day roster.

He was signed as an international free agent by the the Chicago White Sox in 2015.

He is the son of former baseball player Fernando Tatis. His mom's name is Maria. His younger brother, Elijah, signed with the Chicago White Sox in 2019.

Both he and Drew Pomeranz played for the San Diego Padres.

Fernando Tatís Jr. Is A Member Of