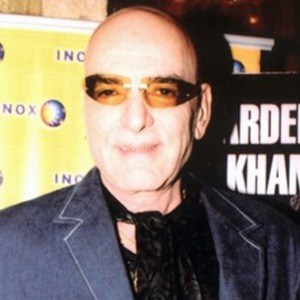 Indian film veteran who has acted in and directed more than fifty films during his career. He is remembered for films like 1969's Aadmi Aur Insaan, for which he won the Filmfare Award for Best Supporting Actor.

He was born in Bangalore and made his film debut in 1960's Didi.

He received the Filmfare Award for Lifetime Achievement in 2000.

He had a son named Fardeen and a daughter named Laila.

He cast actress Hema Malini in the film Dharmatma, which he also starred in and directed.

Feroz Khan Is A Member Of