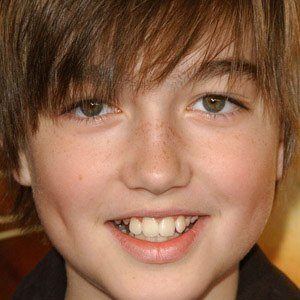 Portrayed the role of young Ned on Pushing Daisies alongside Lee Pace.

He started acting when he was five years old.

He was in a music video for the song "Song To Say Goodbye" by the rock band Placebo.

He was born to Dianne and Christopher Cate. His grandfather is musician Bob Ralston. He has a brother named Springer.

He was on Pushing Daisies with Ellen Greene.

Field Cate Is A Member Of