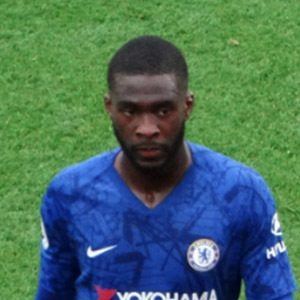 Professional soccer player known for having played a defender position for Chelsea FC of the English Premiere League. He also played for England's national soccer team.

He worked his way up thorough Chelsea's youth academy beginning at eight years of age.

His family is from Nigeria but he was born in Calgary, Canada.

Both he and César Azpilicueta played for Chelsea FC.

Fikayo Tomori Is A Member Of