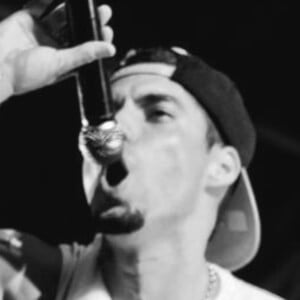 Hip-hop recording artist whose 2012 music video "War Neurotic" went viral on YouTube. This exposure led to larger media outlets such as MTV and Globosat's Multishow picking up and supporting his work as well.

He was born Filipe Cavaleiro de Macedo da Silva Faria and he started his career as a battle rapper in 2003.

He released his 2012 studio album Vivaz through his own TuduBom Records.

He frequently appears in photos with his model girlfriend Anna Estrella.

Both he and fellow rapper Leo Stronda were born in Brazil.

Filipe Ret Is A Member Of