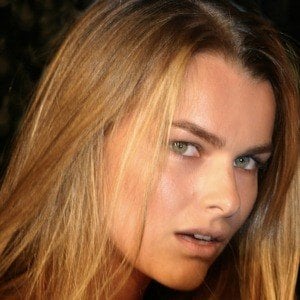 Swedish-French model who became known as the face of major fashion giant, Ralph Lauren. She has also graced the cover of well-known publications such as Elle Spain, Elle Germany, Vogue Spain, and Grazia.

She made headline news in 2009 when she was significantly retouched for a Ralph Lauren advertisement.

She was born in Paris, France to parents Michael Palmstierna and Beatrice Hamilton. Her mother was a fashion designer.

She and model Tara Lynn have been featured on the cover of Elle Spain.

Filippa Hamilton Is A Member Of