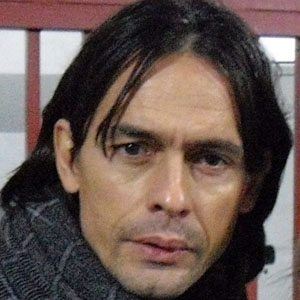 Former striker who helped the Italian national team win a World Cup Championship in 2006 and starred for Juventus and AC Milan during the last 15 years of his career. He became head coach of Milan's Allievi Nazionali junior team in 2012.

He began his professional career with Piacenza in 1991.

He and goalkeeper Gianluigi Buffon both joined the Italian national team in 1997.

Filippo Inzaghi Is A Member Of