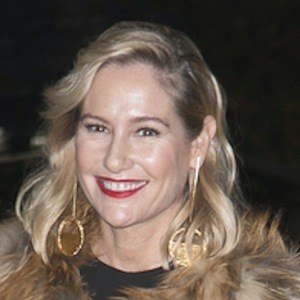 Madrid's fashion icon, best-selling author, and entrepreneur who received international success from her book WACU Girls, which follows the adventures of three women who are all worldly, ambitious, cool, and unique (WACU), and Cuando el tiempo have Tic Tac (When Time is Ticking).

Upon graduating from the University of Miami with a degree in international relations and communications in 2000, she became director of communications for Artemundi in Miami.

She created and starred in her own TV program titled Fiona, te necesito (Fiona, I need you), which is a TV series about fashion trends and advice featuring interviews with designers.

She is the daughter of the former president of Pasarela Gaudi, Juan Ferrer, who was a founder of textile factory Ferrer & Sentis. Her mother is Mietta Leoni, who was one of the most successful Italian models of the 1970s.

She has been considered to be a successor to Isabel Preysler, who was also a famous Spanish model.

Fiona Ferrer-Leoni Is A Member Of