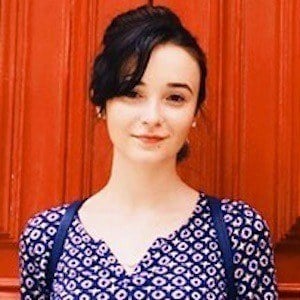 Actress of the stage and screen, as well as singer, who starred in the film The Princess and the Pony. She has also starred in a number of short films and been featured on stage in a number of main roles for various productions put on by the Canyon Theater Guild.

She started garnering acclaim when she was just 10 years old, winning awards for her performance in the short film Porcelain Unicorn and on stage in The Bad Seed.

She has published a number of original singles to her YouTube channel called "Don't Rain on My Parade," "Johnny One Note" and "Think of Me."

She starred alongside Bill Oberst Jr. in The Princess and the Pony.

Fiona Perry Is A Member Of