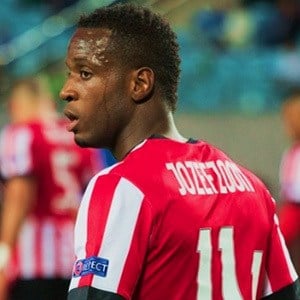 His youth career started with the AFC academy. He then went on to train with the Ajax club before joining their senior team in 2010. That same year he also competed on the Netherlands under 21 squad also as a winger.

He is known for having won the Eredivisie championship in 2010 with the Ajax club and again in 2014 with the PSV club.

He was born in Saint-Laurent-du-Maroni, French Guiana but moved to the Netherlands when he was two where he was raised with his six brothers and two sisters.

Other professionals also known for having played as a winger for the Ajax club include Lasse Schone and Viktor Fischer.

Florian Jozefzoon Is A Member Of