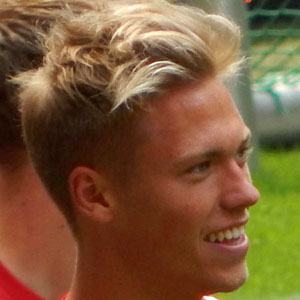 Left winger who made his professional debut in 2012 for Ajax, also making his first appearance for Denmark's national team that same year. He briefly joined FSV Mainz in 2017 after a brief stint with Middlesbrough FC. In 2018 he joined F.C. Copenhagen.

He was born in Aarhus, Denmark. His grandson, Poul Pedersen, was also a professional footballer who played on the wing.

Defender Toby Alderweireld was his teammate on Ajax.

Viktor Fischer Is A Member Of