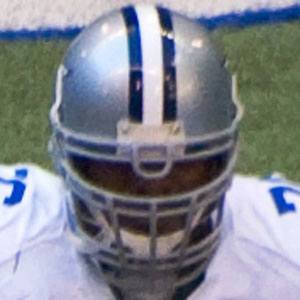 Offensive tackle who played in the NFL from 1998-2010, spending all but his final season with the Dallas Cowboys.

He played college football at Michigan State University, where he was an All-American as a senior.

He was a five-time Pro Bowl selection.

His cousin is NBA player .

He spent his final season with the Pittsburgh Steelers, where he protected quarterback Ben Roethlisberger en route to an AFC Championship.

Flozell Adams Is A Member Of