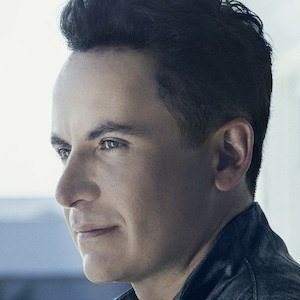 Latin pop musician known for his debut self-titled album and for his Grammy nominated album Ilusión. His songs have made regular appearances at the Latin Grammys since he began his career in 2002.

At only twelve years old, he recorded a song and had 500 copies made to be distributed between family and friends. He went on to study at the Pontificia Universidad Javeriana and the Berklee College of Music.

In September 2013, he won the SESAC Latina Radio and TV Performance Award for his single "Eres Mi Sueño."

He was born Juan Fernando Fonseca in Bogotá, Colombia as the oldest of five. He met wife Juliana Posada at the age of five. The pair had a daughter in 2010 named Paz Fonseca Posada.

Fonseca Is A Member Of