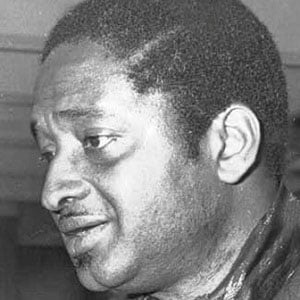 Served as the President of Guyana from 1980 until his passing and previously as Prime Minister of Guyana for the 14 years prior to taking over as President.

He attended Queen's College and later received his law degree from London School of Economics.

He also served as the Premier of British Guyana.

He married twice and had six children in total.

Forbes Burnham Is A Member Of