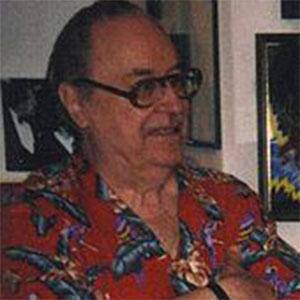 A science fiction fan and sci-fi memorabilia collector, he helped popularize the works of such now-legendary writers as Isaac Asimov and Ray Bradbury. He also coined the term 'sci-fi.'

He read his first science fiction story at the age of ten. Later, he briefly studied at the University of California-Berkeley before taking a job as a movie projectionist.

He started a science fiction book club in Los Angeles. A young Ray Bradbury was among the club's first members.

He was born in Los Angeles, California. He was married to Wendy Wahrman until her death in 1990.

Forrest J Ackerman Is A Member Of